One of my brothers likes to tell the story of how when he was back in Karachi during one of his college breaks he walked into the kitchen to find a girl he had not seen before with her head submerged in our deep freezer, furtively foraging for something to eat. When he asked her who she was she responded by asking him who he was to which he said "I live here" to which she exasperatingly replied "I've never seen you before". My poor brother then retorted with "well I haven't seen you either" Once they has resolved their impasse and she had told him she was one of my friends he asked where I was and she said "not home" and continued to rummage through the deep freezer until she found these Corn and Green Chilli Aaloo Cutlets. Moral of the story:  food first, all else later. 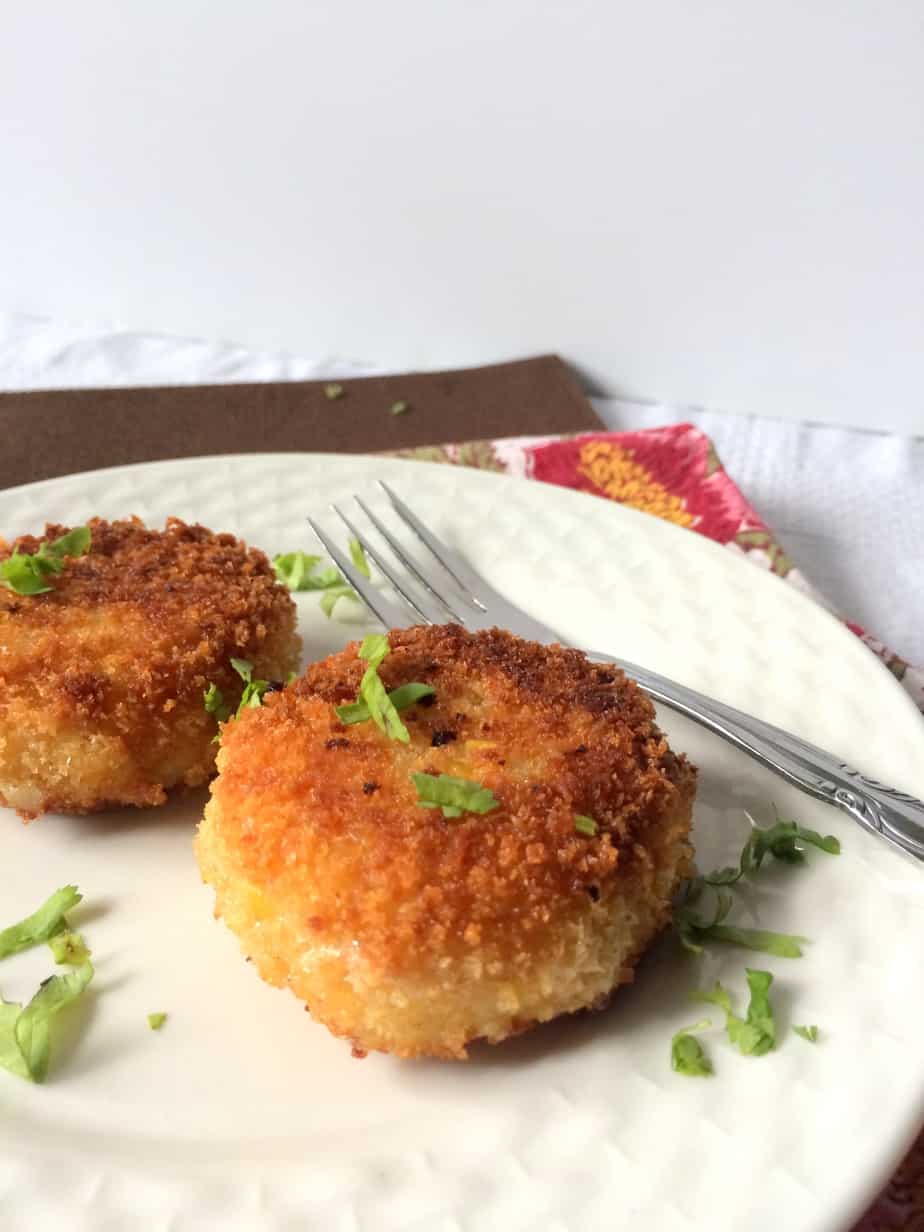 With their crunchy exterior and creamy spicy interior nubbed with corn these are one of my mothers trademark cutlets/kababs. The friend above was not the only one who would drop in after school to snack on these babies. They were pretty much a hands down favorite of most of my friends. Some of my happiest memories from those days are the ones that were made in my sweltering kitchen, friends sitting around the table, plates with cutlets and ketchup smears and lots of the unrestrained laughter that is the hallmark of teenage years. 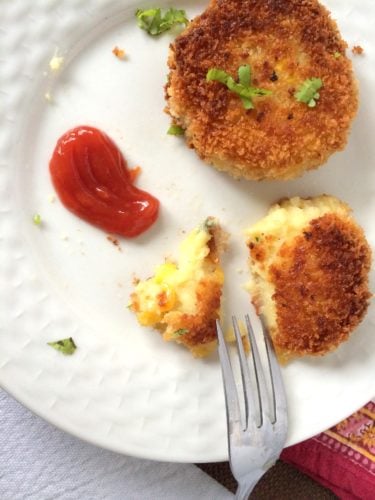 As an adult, one who is forever 'behind' in the things that need to be done I can really appreciate how much work it would have taken for my mother to keep that freezer stocked for the hungry teens that were always welcome in our house - whether we were home or not. My hope is that by the time my girls are older they too can have that same experience. I don't think it's 'cool' for kids to hang out at each others houses when Starbucks is an option, but I would like to think that if you cook it they will come 🙂

Time to get my Aaloo Cutlets ready...!

1.) This recipe for Aaloo Cutlets makes a lot, which is great because these cutlets freeze beautifully. The mustard powder flavour isn't extremely pronounced, but I suggest you start with the ¾t amount and try it and see what you think. The cheese melts into the potatoes for some extra flavour, but if you are looking for some gooey cheesiness then just cut the cheese into small blocks and make the cutlet around it!

2.) Shumaila at The Novice Housewife was kind enough to try these out recently and baked them instead of frying them. She recommends baking at 400 for 40 minutes, and basting with oil when turning them over and if visit her blog then you will immediately understand why I would incorporate her tips in a heartbeat 🙂 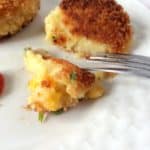 -It is always a good idea to do a 'test' cutlet before making all of them so roll a spoonful of potato mash into a ball, flatten slightly, dip in egg, roll in bread crumbs and pan fry. Taste. Adjust seasoning if needed. Yes I am a compulsive seasoning adjustor.
-These freeze beautifully. To freeze them just flash freeze on the tray you made them and transfer to a freezer safe ziploc bag for up to 6 months. Just remember to 'thaw' them a little before frying, either in the microwave or at room temperature.

In the mood for something else spicy and crunchy? Check out this crunchy spin on Lahori Fried Fish! 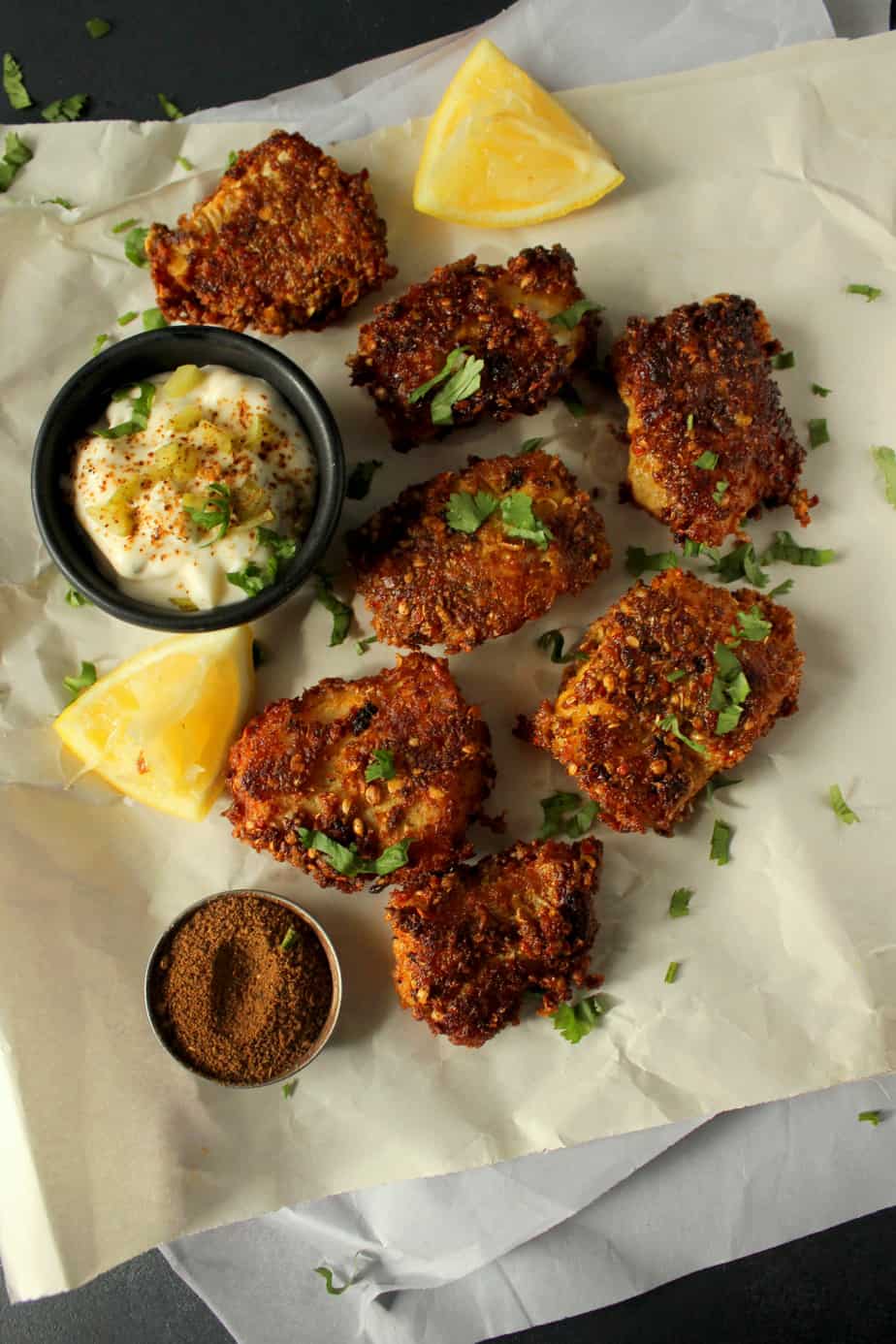