There are these moments you have when you move to a new country; the little slips that embarrass you, that shatter your sense of confident cool. It is hunting for Coriander leaves only to be pointed to the powder or looking for Capsicum only to finally locate them next to the "Green Peppers" sign. Over time you retrain yourself to look for Cilantro and to put Green Peppers on your shopping list. In my head though I still call them Capsicum or think of them as 'Shimla Mirch'. The word Mirch means chilli or in this case pepper, and the Shimla is a reference to where this imported vegetable first began to grow in India under the British. Since then Capsicum or Shimla Mirch or Green Peppers grow all over Pakistan and India, but the name has stuck. 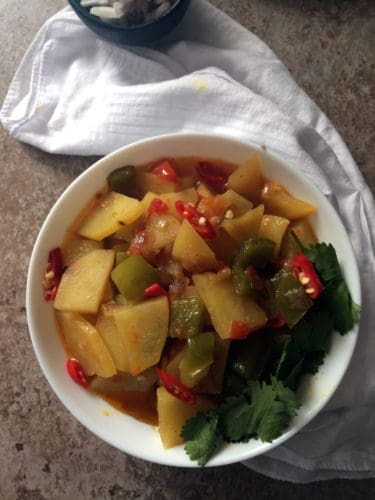 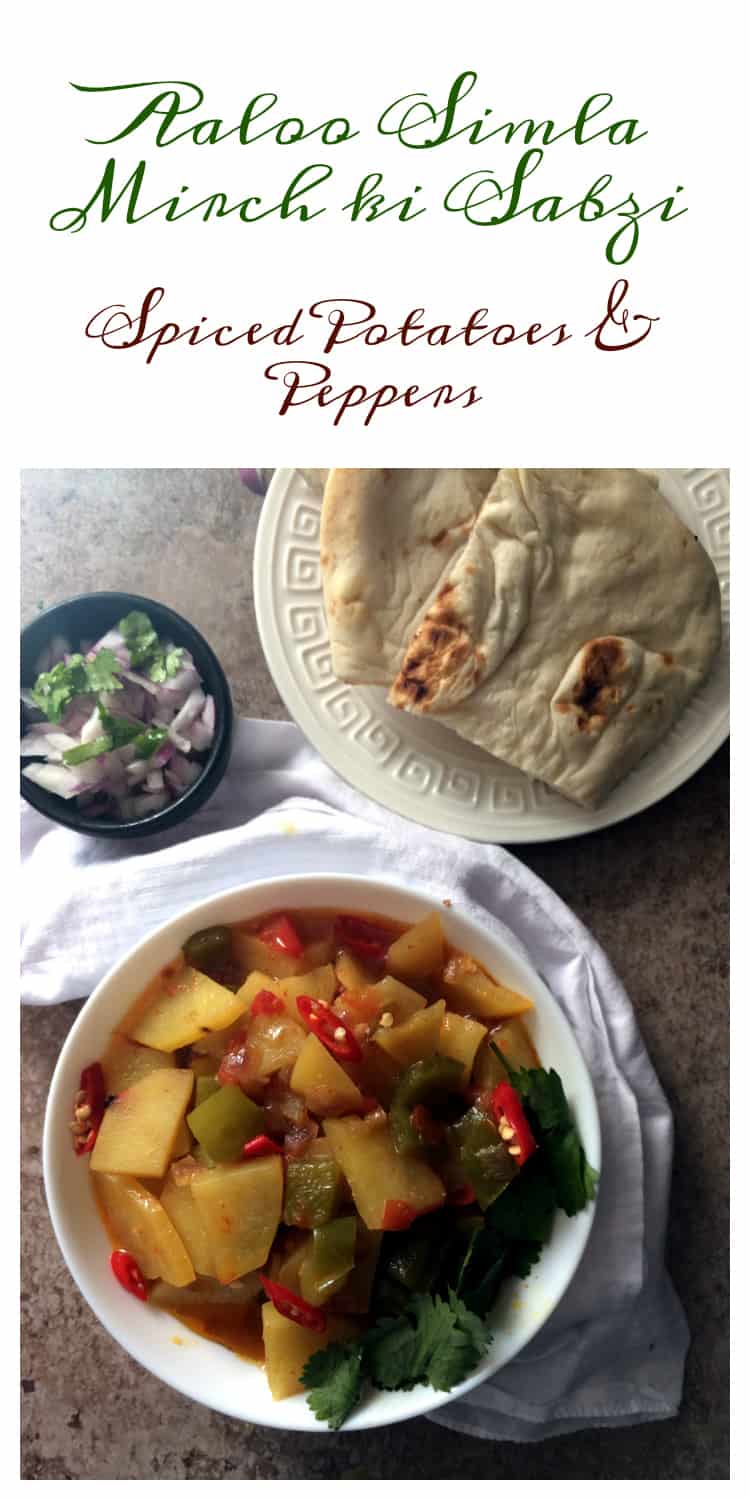 As much as I love the taste of green peppers, raw or in food, I find that I don’t use them that often in Pakistani cooking. They occasionally make their way into Qeema, are adored by me in this Raita, and are a necessary ingredient in Chicken Jalfrezi. Then one day Vajeea who I can perhaps best describe as a Foodie with an active Facebook page, Instagram account and Food Blog posted a picture of Aaloo Simla Mirch and I knew that it had to be made. Since then I have pestered her for the recipe several times and enjoyed it immensely each time. The green peppers and potatoes work so well together that my carb loving self finds them hard to resist! A big thank you to Vajeea for sharing this recipe and for keeping me hungry at all times through her delicious instagram posts! 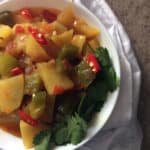