I am slowing down with age. That's a thing right. Is it a thing at 35? If not let's pretend I am 55 and excuse my laziness. Here is the plain truth. I am all about everything from scratch meals. But sometimes, sometimes, I want to be able to make a no muss no fuss meal that's inviting and impressive. And sometimes, sometimes I think it's okay to take some short cuts. Like bust out a Shaan Masala packet (or two) and make some quick Instant Pot Tandoori Roast Chicken that literally falls of the bone. Imagine being so tired and being able to easily pull that off. Nothing feels quite as good as using some hot naan to break off some tender masala-licious chicken, scoop up a little of that spicy gravy and savour all that deliciousness. 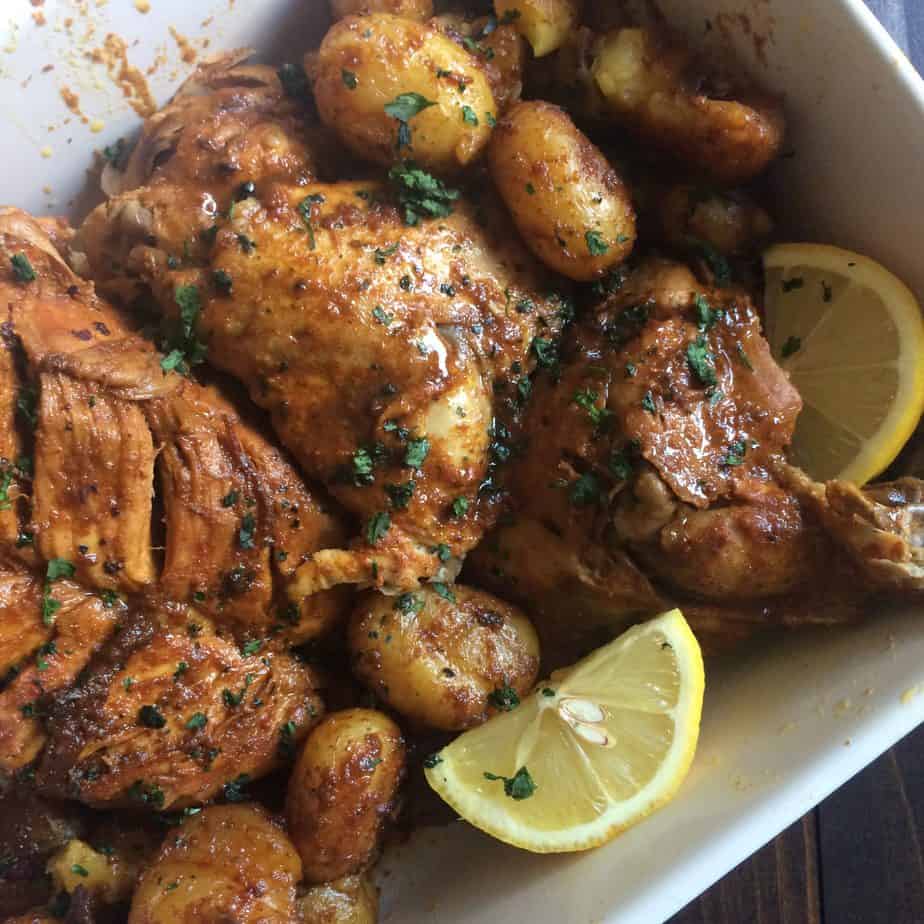 With the holidays coming up whether you celebrate Christmas or not it still seems to be prime season for entertaining. Few things are as impressive looking as putting a beautiful masala laden Tandoori Roast Chicken on the table. What should you serve with it? Well here is what I would do. One Spicy Whole Roasted Cauliflower (with half the masala so it compliments the chicken nicely), a simple matar pulao, a Cilantro Garlic Chutney, a killer raita and a beautiful, but easy dessert like this Ferrero Rocher Cheesecake.

Now let's talk about the Instant Pot shall we.

If you don't have one, get one. No kidding. It is such a time saver! I have recently made my Sabut Masoor ki Daal in under 15 minutes (did not presoak the daal!) I have also slow cooked tomato soup while out, pulled off super tender aalu gosht , and managed to do all of this without that slightly terrifying pressure cooker noise!

If you are looking for more recipe inspiration I have a Instant Pot board going on Pinterest for you to check out! 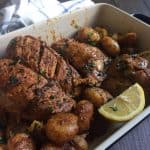 I like using the mix of masalas, but am confident that you can use either alone to good effect! If you would like to bake this chicken put the marinated chicken and the potatoes in a greased oven safe dish and bake covered for 40 minutes, uncover and cook for another 15-20 minutes or until the a meat thermometer inserted in the chicken thigh hits 165 degrees. A quick broil at the end would be divine!
« Chocolate & Cream Mille Feuille
Toffee Coffee Shortbread Cookies w/ Lindt »